When it comes to setting out on the path of brewing your own beer, there is no problem taking the basic option of picking a yeast packet with a name that matches the type of beer you are brewing. Be that American ale yeast for making a crisp pale ale or a Czech lager yeast to make a refreshing Pilsener. However, as you get more into brewing, it is worth understanding more about your ingredients and learning how to recognise good quality yeasts that are going to add to the flavors of your brew.

You might want to see this first: Best conical beer fermenters

In this post, we will take a look at what brewing yeast is, the main factors you need to consider when deciding on yeast (namely: attenuation; flocculation; alcohol tolerance; temperature range, and; sensory profile), the meaning of these terms, and some of the best yeasts for different brewing processes that we love to use.

What is brewing yeast?

Brewer’s yeast, as its name might suggest, is used to brew beer but is also suitable for use making bread. It can also be used as a nutritional supplement thanks to having a high chromium content which is good for maintaining blood sugar at normal levels as well as being rich in B vitamins. It is actually made up of a one-celled fungus called ‘Saccharomyces cerevisiae’ which ensures it has a bitter taste without producing an overly phenolic flavor.

Phenolic flavors are generally considered as off-flavors when they come through in beer as they have low flavor and aroma thresholds. This means that people can taste and smell them even when there is only a low concentration of them in your beer and they become overpowering. Brewer’s yeast and lager yeast (sometimes just called ale yeast) naturally mutates without producing phenolic flavors, ferments quickly, tolerates moderate levels of alcohol, takes on a good sugar profile, and can survive the anaerobic conditions that come along with fermentation.

This refers to how much of your wort sugars will turn into alcohol rather than be turned into carbon dioxide during the fermentation process. Therefore, when a beer is more attenuated it will have a higher alcohol content. A higher attenuation also has a drier taste, with lower attenuation more likely to have a sweeter finish and be heavy-bodied. Apparent attenuation is the actual level of attenuation at the end of the brewing process.

To calculate apparent attenuation levels you need to take a hydrometer reading of the density of a solution in comparison to pure water before (original density – OD) and after fermentation (final density – FD). Then:

Another word that puts off new brewers is flocculation. This simply refers to the process whereby yeast clumps together towards the end of fermentation and either drops to the bottom or floats to the top of the fermentor. This is an important process as, when it does this, it leaves behind a clear beer. Like with attenuation, yeast can flocculate low, medium, or high and a low (or early) flocculation will lead to a sweeter and less attenuated beer.

Brewers have naturally selected more flocculent yeast over centuries of cropping yeast when it has flocculated, after which it can be reused. Wheat beers tend to use low flocculating yeast, leading to some of the yeast hanging around in the beer even after fermentation and the iconic cloudy look. British ale tends to contain high flocculating yeast, whilst American ales typically fall in the middle flocculation range. If you’re brewing an English ale, don’t pick a yeast with low flocculation.

This one is pretty straightforward and simply refers to the level of alcohol a yeast strain is able to cope with before it becomes inactive. This is also important when brewing in different climates as hotter brewing temperatures will likely demand a yeast that is able to cope with the rapid fermentation this causes (as well as the heat itself). If you want a nice session ale, then there’s no point getting a yeast with a really high alcohol tolerance.

The temperature range refers to the temperature yeast works best at rather than the range at which the yeast stops functioning. This is important to remember as flavors will change when fermentation occurs above the best range associated to a given yeast type and below this range you are likely to have less fermentation altogether leading to weak beer! When you are considering what temperature range is suitable for your needs you need to consider what equipment you have (can you keep things hot/cold enough) and what flavor/type of beer you are making.

Most people wouldn’t be surprised to hear that there are more than 1,000 different flavor elements that have been found in different types of beer. However, what might surprise many is that the majority of these flavors don’t come from the grains or hops but, in fact, are derived from the yeast during fermentation. This is one area where, despite advances, equipment and technology cannot currently beat the human palate. This means understanding a yeast’s sensory profile requires you to understand how the effects of temperature, oxygen levels, and other outside elements affect the yeast you use and the subsequent flavor of your beer. This is, therefore, one of the most exciting aspects of the brewing process as the more you learn in this area the better control you will gain over the flavors and aromas of your homebrew. 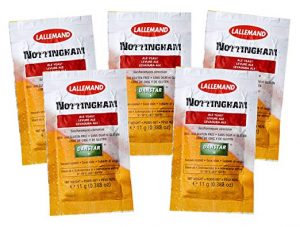 For those who hate the sight of cloudy beer and love the taste of a good bitter ale, this high flocculating yeast that also attenuates at a high level will be right up your street. This combination ensures you don’t end up with yeast left in the beer at the end of fermentation and ensures you can have a decent strength beer without overtones of sugar sometimes associated with homebrewed beer that has used a low flocculation beer.

The other things that make this a great choice of yeast for brewing ale are that: it is versatile and suitable for use in a range of brewing styles (including classic ales and crisp lagers); it has a temperature range that doesn’t require much special equipment (between 57-70 degrees Fahrenheit), and; it is a great price. The downside of this yeast is that it doesn’t have much of a sensory profile so you will be relying on your hops and malts for all your flavors. 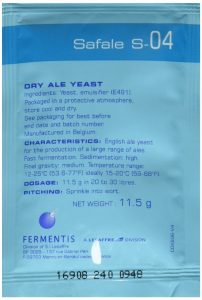 If your beer of choice is nice and clear American style ale, you want a high-quality yeast, and you don’t mind paying a bit extra, then this yeast could be just what you need. With medium flocculation and attenuation levels, this yeast creates well-rounded flavors and works great with hops like Mosaic and Simcoe if you want to use it for a fruity IPA. This versatile yeast is actually a British strain so also makes a nice malty ale if that is more your ‘cup of tea’ so to speak.

Other pros of this brewing yeast are that: it ferments quickly and has an alcohol tolerance of 4.5-6.5 ABV; it is a good choice for high gravity brews; it is a great choice of yeast if you are planning to cask-condition your ale, and; it has a decent sensory profile bringing fruity undertones to your beer’s taste and aroma. The downside of this yeast is that it is so expensive and you get less for your money with liquid yeast than if you went for dry yeast. 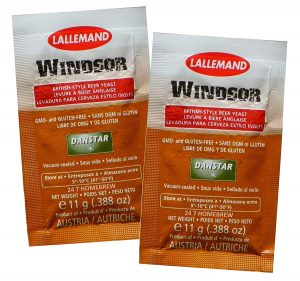 If you love a Brown British ale and are impatient during the fermentation process, then you will love this vigorously fermenting yeast. The sensory profile of this yeast combines well with the malt and barley grains you are going to need to make a batch of your favorite English Brown ale. The high attenuation also ensures you get a really nice bitter finish every time along with mild elements of toffee and caramel that distinguish a brown ale.

Other things to like about this yeast are that: it is a great price for such fast fermenting yeast; it is gluten-free; it is non-GMO; it has a moderate alcohol tolerance that makes it a good choice for low strength ales; it is versatile enough to be used in a weak strength porter, and; it doesn’t require any special equipment to keep it at an appropriate temperature. The downside of this yeast is that it doesn’t flocculate particularly well. 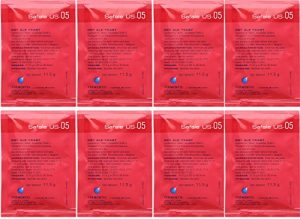 If your budget isn’t huge but you still want to make some big batches of beer, then you may want to go down the dry yeast route and this multi-pack is a good option. The downside of dry yeast is that they have less varied cultures within them than liquid variants. However, if you are planning on making a porter or even an American pale ale, then dry yeast is an affordable alternative to liquid yeast.

Other positives about this particular batch of dried yeast are that: it can be stored for up to a year in the fridge and still remain viable; it has a manageable temperature range of 59-75 degrees Fahrenheit; it can be used to make higher ABV ales, perhaps due to its Belgian origins, and; it is tremendous value. The downside of this yeast is that it is not as versatile as the others on this list and it doesn’t have much of a sensory profile so you will rely more on hops and grains for your flavor. 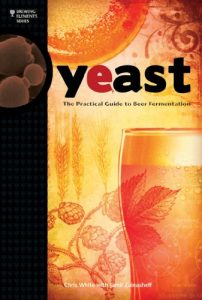 If your taste buds have been tickled by the potential you have learned about in this article but you want to know more about how to get the most out of your yeast choice, then you should definitely check out this book. Focused solely on the importance of yeast to the brewing of beer, this book goes into more detail than we have been able to here and is written in an accessible and informative style.

Other pluses about this book are that: it includes useful step-by-step guides to take you through everything yeast-related, from how to choose it to rinsing and washing it; it is written by a true urban legend in the brewing world, and; it is suitable for beginners and long-term enthusiasts alike. If you have found yourself unable to have the influence you desire over your beer brewing, then this is the book that turns you into a master of the brewing art form.

As simple a choice as picking yeast can seem, it is actually one of the most vital in the whole brewing process. This means it is not something that should be taken for granted if you are getting into homebrewing beer or want to take your craft to the next level. We have only been able to scratch the surface of what makes yeast so important when brewing beer but hopefully, we have given you enough information to pick the right yeast for your setup and tastes.